The first few days of the month will be the last chance to see Comet NEOWISE, which will be at its highest in the sky. Catching it now may prove difficult, since the days will lead up to a full moon on August 3rd but there’s no harm in trying, right? It’s a historic visit, and we won’t be seeing this cosmic wonder in our neighborhood for 6,800 years!

With the comet’s goodbye, August may seem to start off anti-climactic, but it still has a few tricks up its sleeve. Remember, the eighth month of the year is famous for hosting one of the best meteor showers!

Read on and mark your calendars for August’s sky events!

The late evening hours of August 12 until the dawn of August 13, 2020, will be the Perseid meteor shower’s grand spectacle. At its peak, it could produce a whopping 100 meteors per hour under completely dark, cloudless skies.

Perseids will seem to radiate from the constellation Perseus (The Warrior) at the sky’s northeastern portion, but they can also be observed anywhere in the sky, from11 PM all the way through dawn.

But manage your expectations on this one a bit. The Moon will be in its waning gibbous phase, which will be 40 to 33 percent bright, and it will also be near the radiant. Aside from something to cool you down, prepare lots of patience, too, as you stargaze out into the summer night.

This meteor shower is said to have come from the space debris of comet Swift-Tuttle, when the Earth crosses the comet’s orbit. 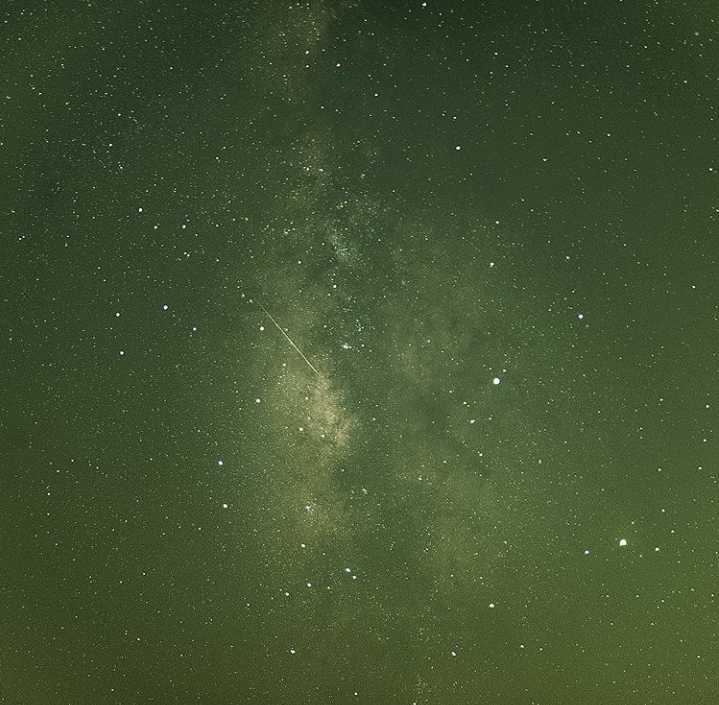 The long summer days of hot July will carry on through the first part of August, with sunrises occurring at 5:51 AM, and sunsets as late as 7:06 PM. That’s more than 13 hours of sunshine! But sometime mid-August, expect the days to go an hour shorter, with the Sun rising around 6 AM, and setting at the horizon a couple of minutes before 7 PM.

THE MOON THIS MONTH

August 3, 2020 – Full Moon. The current Moon phase may spoil the hunt for the Comet NEOWISE as it fades from view, but the Moon itself is a treat to selenophiles, or those who love the Earth’s natural satellite. This is the best time to observe all its surface features, including the craters and maria. The Moon will take over the skies at 7:15 PM, and can be seen throughout the night until sunrise.

August 19, 2020 – New Moon. On this day, the Moon will not be visible as it will be situated on the same side of the Earth as the Sun. With no moonlight glaring much of the night sky, this is the best time to comb through the night sky and find its hidden jewels of deep-sky objects.

Try looking for star clusters, nebulae, and galaxies through a telescope. If you have a sky map app, you can search for the Lagoon Nebula, Trifid Nebula, Rho Ophiuchi Molecular Complex, the Summer Triangle asterism, and of course, the Milky Way Galaxy.

Do I love wide field images ? True. Is it because using Fornax Lighttrack ii is super easy and fast to setup and I’m lazy? Most definitely true ! But also look how gorgeous images come out. Here is the Lagoon Nebula and Trifid Nebula within the Milky Way. One of the most gorgeous things about such images is all the interstellar dust around the nebulae. 24x180secs for this image. Second image is the starless version. Taken with the RedCat and Canon Ra. #abudhabi #uae #alsadeemobservatory #alsadeemastronomy #milkyway #opteam #highpointscientific #milkywaychasers #astrophotography #amateurastrophotographyezine

A new edit of the #milkyway, featuring the galactic core of our home galaxy. All images, nearly 300 images stacked from different stacks, were taken during summer of 2019. Hopefully, when the weather clears up I’ll be taking new ones. #abudhabi #uae #alsadeemobservatory #alsadeemastronomy #youresa #thenakedsingularity #astronomy

It is also predicted that the lunar phase will occur on this day. The month transition from Dhu l-Hidjdja 1441 to Muharram 1442 shall take place one day later (August 20) in accordance with the Hijri Calendar.

THE PLANETS, A FEW CONJUNCTIONS, AND ELONGATIONS

Most of the Solar System planets (except Mercury) can be seen this August. The gas giants Jupiter, Saturn, and Neptune are visible right after sunset, while Mars, Uranus, and Venus will appear in the early morning hours. It is advisable to use high-powered telescopes (at least 8-inch and larger) to get decent, resolved views of the planets.

We know you’ve been on the look out for #Jupiter in the last few days so here’s a photo of the gas giant taken this morning, July 15, 2020. The planet was in opposition—or when it is on the opposite side of the Earth from the Sun—the day before this image was taken. Details are not fully resolved due to poor seeing conditions. 📸 @aldrinb.gabuya ✔️Meade LX850 16″ SCT, ZWO120MC #abudhabi #uae #alsadeemobservatory #alsadeemastronomy #photooftheday #thenakedsingularity #universetoday #youresa #photography #space #cosmos #astronomy #alsadeemastronomyobservatory #stars #astro #deepskyphotography #instagood #picoftheday #ferventastronomy #nasa #deepsky

On August 1, the Waxing Gibbous Moon and planet Jupiter would appear close to each other at the sky when viewed from Earth. The conjunction pair will be seen in the constellation of Sagittarius (The Archer)just after sunset (7 PM) as it rises from the southeastern horizon. The pair sets at around 4 AM on the following day (August 2) on the southwestern horizon.  If you missed this conjunction the first time, you’ll have a chance to see it again on August 28.

Illustration of the Close Approach of the Waxing Crescent Moon and Jupiter on August 1, 2020 (not to scale). (Image Credit: Stellarium)

Illustration of the Close Approach of the Waxing Crescent Moon and Jupiter on August 28, 2020 (not to scale). (Image Credit: Stellarium)

On the following night, August 2, The Waxing Gibbous Moon and planet Saturn would appear close to each other at the sky when viewed from Earth. The appulse pair will be observed in the constellation of Sagittarius (the archer) as the dusk fades at around 7:15 PM from the southeastern horizon until it sets at the southwestern horizon at around 4:30 AM of the next day (August 3).  The said appulse will also happen again on August 29.

Illustration of the Appulse of the Waxing Gibbous Moon and Saturn on August 9, 2020 (not to scale).(Image Credit: Stellarium)

Illustration of the Appulse of the Waxing Gibbous Moon and Saturn on August 30, 2020 (not to scale).(Image Credit: Stellarium)

Starting from the late evening hours of August 8, the Waning Gibbous Moon and the red planet Mars would appear close(in conjunction) to each other at the sky when viewed from Earth. These celestial objects will be observed at the southeastern portion of the sky in the Pisces-Cetus region at around 10:50 PM, until sunrise of the next day (August 9). Mars would look like a “reddish unblinking star”.

Illustration of the Conjunction of the Waning Gibbous Moon and Mars on August 8-9, 2020 (not to scale). (Image Credit: Stellarium)

On August 13, Venus, the second planet in the Solar System, will be at its greatest western elongation, appearing at its highest point just a few moments before sunrise.  It is expected to rise at around 2:45 AM until it fades from view as the sunrise when it reached its highest point in the sky at around 41° above the east-northeastern horizon. It is relatively easy to find Venus, appearing as the brightest point of light in the sky in the early morning hours, colloquially termed as “the morning star”.

Illustration of Venus at Greatest Eastern Elongation on August 13, 2020, at around 5 AM (not to scale). (Graphic Courtesy of Stellarium)

Days after its elongation, it’s Venus’ turn to get close with the Waning Crescent Moon in conjunction on August 15 just before dawn.  The conjunction pair is expected to be observed from 2:45 AM until sunrise and will be situated in the constellation of Gemini (The Twins).