ENJOY THE COOL HOLIDAYS! THE DECEMBER SOLSTICE IN THE UAE 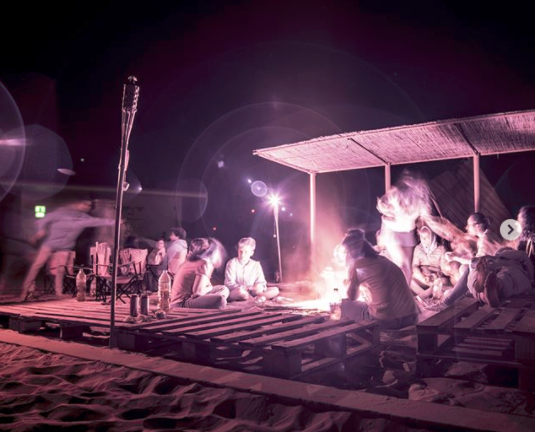 ENJOY THE COOL HOLIDAYS! THE DECEMBER SOLSTICE IN THE UAE

It is no doubt both weather-wise and astronomically, the most pleasant season in the UAE has come when people of different cultures are feeling the cold breeze and wear warm-up attire such as jackets, beanies and neck scarves, as well as do family gatherings for the upcoming holidays.

Tonight, December 21st, marks the beginning of the astronomical winter, or in other words the winter solstice, in the Northern Hemisphere. In this article, we will have a deeper understanding of what it is, in the astronomical sense, and what to expect when it approaches. Being more precise in terminology, this is called the December Solstice. The focus will be within the United Arab Emirates (UAE) setting, which is situated in the Northern Hemisphere.

Initially, the word “solstice” originated from two Latin words “sol” and “sistere/stitium” meaning “sun stands still”. In this period, the Sun appears to remain at the same relative position in the sky when at its highest point for several days before it gradually shifts. This phenomenon, as well as seasons in general, is primarily caused by the Earth’s axial tilt (which is at about 23.5° from the poles) with respect to the Sun. The apparent idle movement of the Sun illusion is because of the Earth’s axis tilts as far it gets close at the Sun. of Take note that the Earth is at its relatively close distance (near perihelion) from the Sun during this period.

The mechanism of solstice as seen from Earth. Notice the Sun seemed to “stand still” on its position when it reached winter period (7-day interval) (Graphics Credit: Stellarium).

The Astronomical Seasons Diagram (not to scale) (Image Credit: NOAA)

How the Sun moves during winter period. The Sun rises south of east and sets south of west; travelled the shortest distance across the sky (hourly interval) (Graphics Credit: Stellarium)

In the UAE and other areas located in the tropics, the Sun will rise southernmost of the east, reach at its highest altitude at noontime (about 42° above the southern horizon), and set southernmost of the west, which considered lowest than usual. It is when the Sun is up in the sky the shortest, which in turn the shortest daytime duration. After the December solstice, days shall slowly increase in length towards the Vernal Equinox (March/Spring Equinox) as the Earth’s axis shifts towards the Sun.

In spite of being the shortest day and the longest night of the year, it is not really considered to be the coldest. The lowest average recorded temperatures happen several weeks after the December solstice. For instance, in the internal areas of the UAE, it occurs in the months of January and February due to lag effect and other meteorological aspects; reaching as low as 15° or lower especially in mountainous areas most likely in the early morning hours.

The winter solstice occurs either on the 21st or 22nd day of December depending on the local time zone, Gregorian calendar deviations, and other astronomical aspects. This year, it is expected to take place on December 21, 2017 at 8:28 PM UAE Local Time. The Sun rose at 7:01 AM today and set at 5:39 PM, having a total daytime duration of 10 hours, 37 minutes and 20 seconds.

When you go out especially in completely dark places, take time to look up and witness many recognizable bright stars, constellations and deep sky objects such as the Orion Nebula, Pleiades, and the Andromeda Galaxy. More information about the winter sky in our previous article.

Have a wonderful and cool holiday, everyone! Clear skies!