No sunspot monitoring posts were issued from March 21 – 22, 2020, due to unfavorable weather conditions.

The sky was generally clear but with intermittent moderate to fresh winds which provided good transparency but average to poor seeing at the time these images were taken.

The Sun remains in its spotless and generally inactive state over the past few days, extending its streak to 13 consecutive days. The latest sunspot number (based on visual count and Wolf number calculation) is 0. Despite the absence of visible sunspot groups, the Sun exhibited several diverse huge eruptive prominences at the northeastern, northwestern, and southwestern limbs and an elongated filament at the northwestern quadrant as distinctively captured in H-alpha imagery. 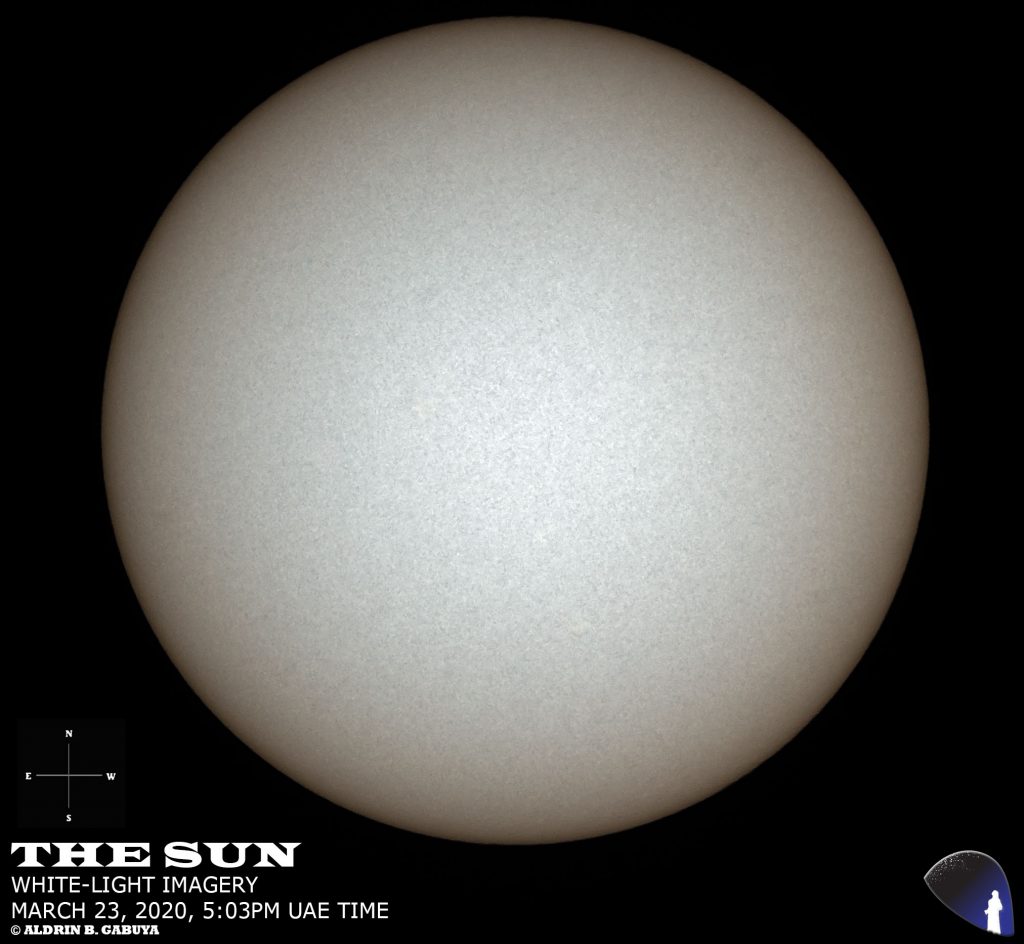