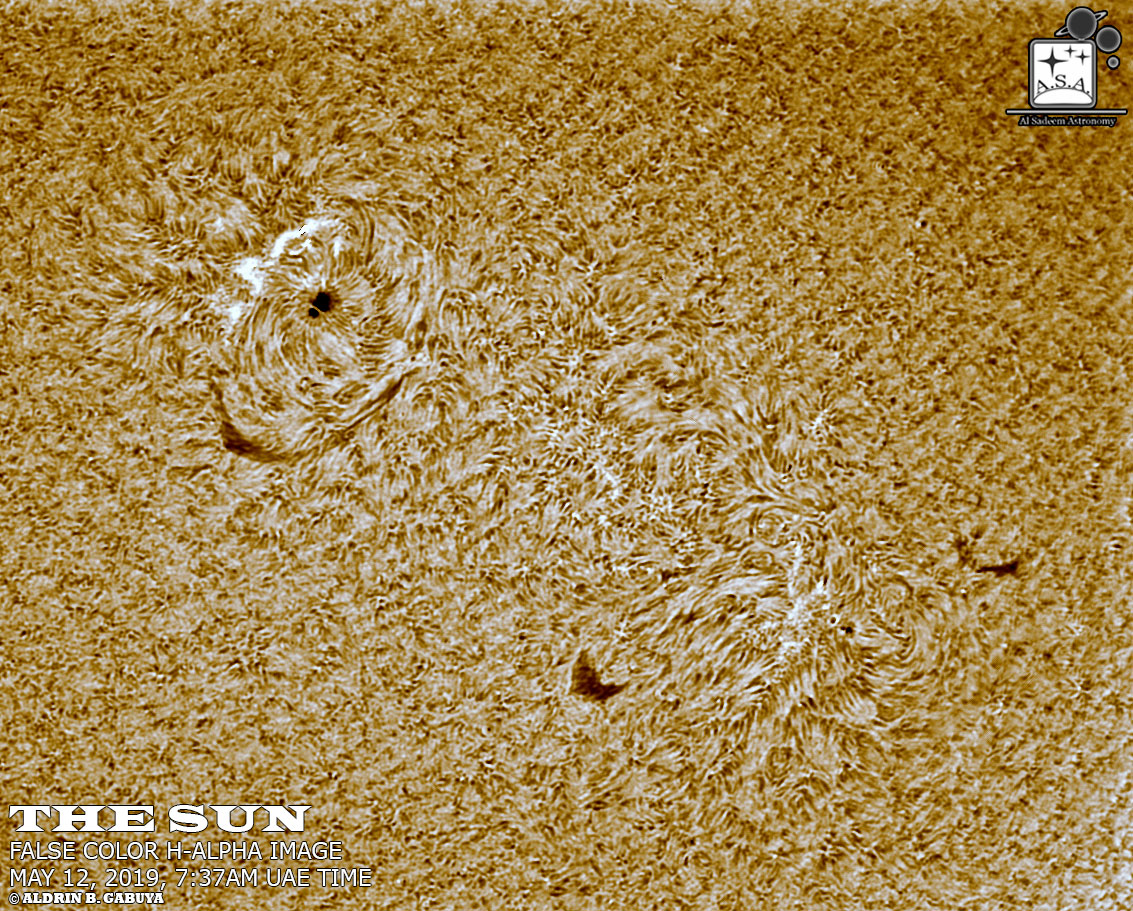 The sky was mostly clear with intermittent light winds which provided average seeing and transparency at the time these images were taken.

AR2740 (Modified Zurich/Mcintosh sunspot configuration: Cro/beta) continues on its gradual disintegration as its leader spot shrunk and trailer spots decaying further. On the other hand, AR2741 (Hkx/alpha) retained its huge dissected leader spot. Both sunspot groups were stable and did not produce any significant flaring activity over the past 24 hours. The latest sunspot number (based on visual count and Wolf number calculation) is 26. Other visible solar features observed were several small quiescent prominences at the limbs, the well-defined plages, and thick, elongated filaments near the active regions as distinctively captured in H-alpha imagery.

Space weather agencies* forecast declining production of solar flares ranging between B-class and C-class intensity, mainly from the two upper-mentioned active sunspot regions. The extent of the frequency and intensity of the Sun’s activity will highly depend on the magnetic flux fluctuations happening in the visible ARs in the coming days. Close monitoring is being conducted by numerous space weather agencies for any significant development.