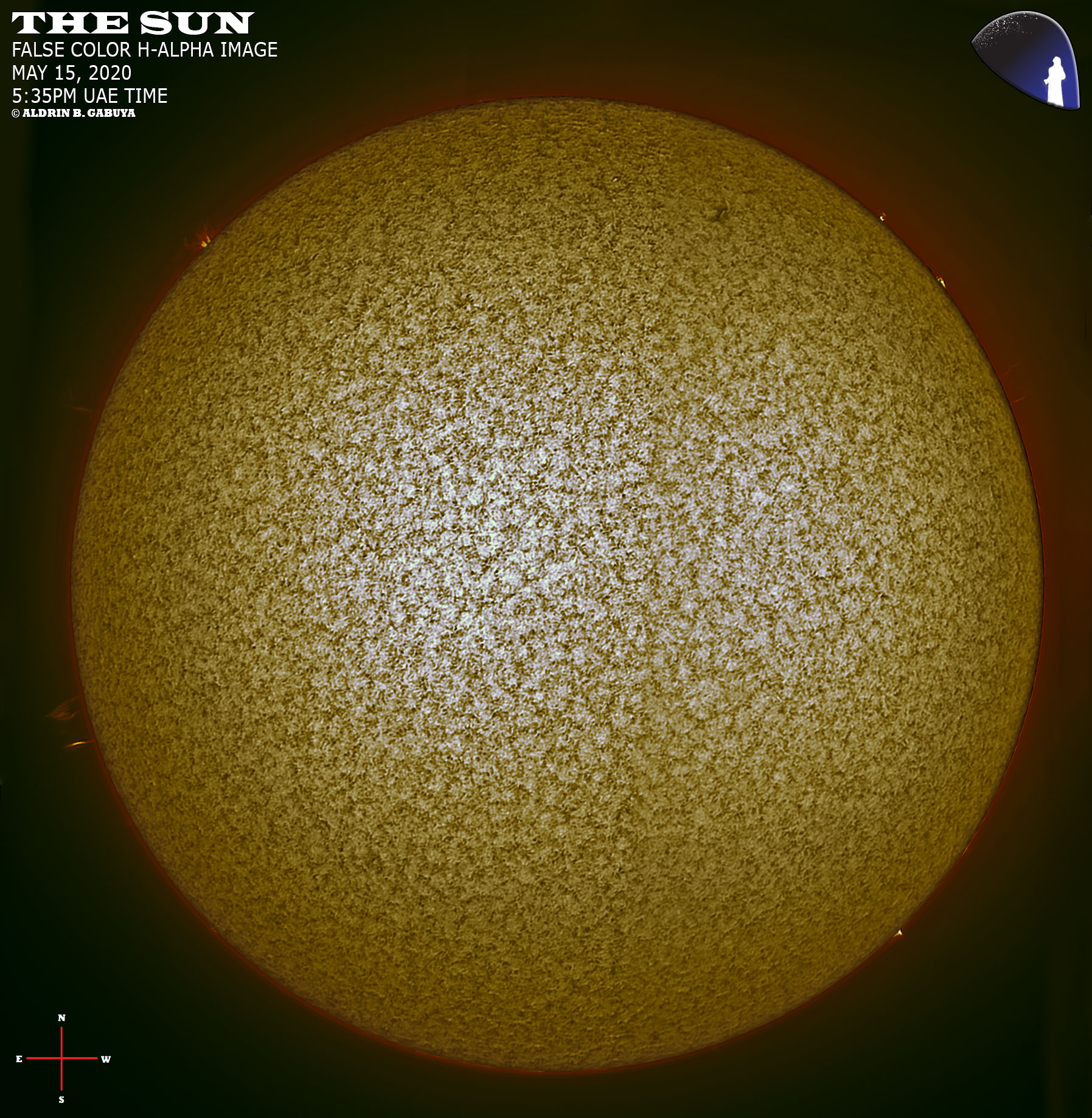 The sky was generally clear with intermittent moderate winds which provided good transparency but average seeing at the time these images were taken.

The Sun remained spotless and generally inactive over the past 24 hours, extending to its 13th consecutive day. No significant flaring activity was recorded. The latest sunspot number (based on visual count and Wolf number calculation) is 0. Not much significant activities going on with the Sun lately aside from mostly tiny quiescent prominences at the limbs, a huge eruptive hedgerow one at the east-southeastern limb, and a small mound stable filament at the far northwestern quadrant, as distinctively captured in H-alpha imagery.