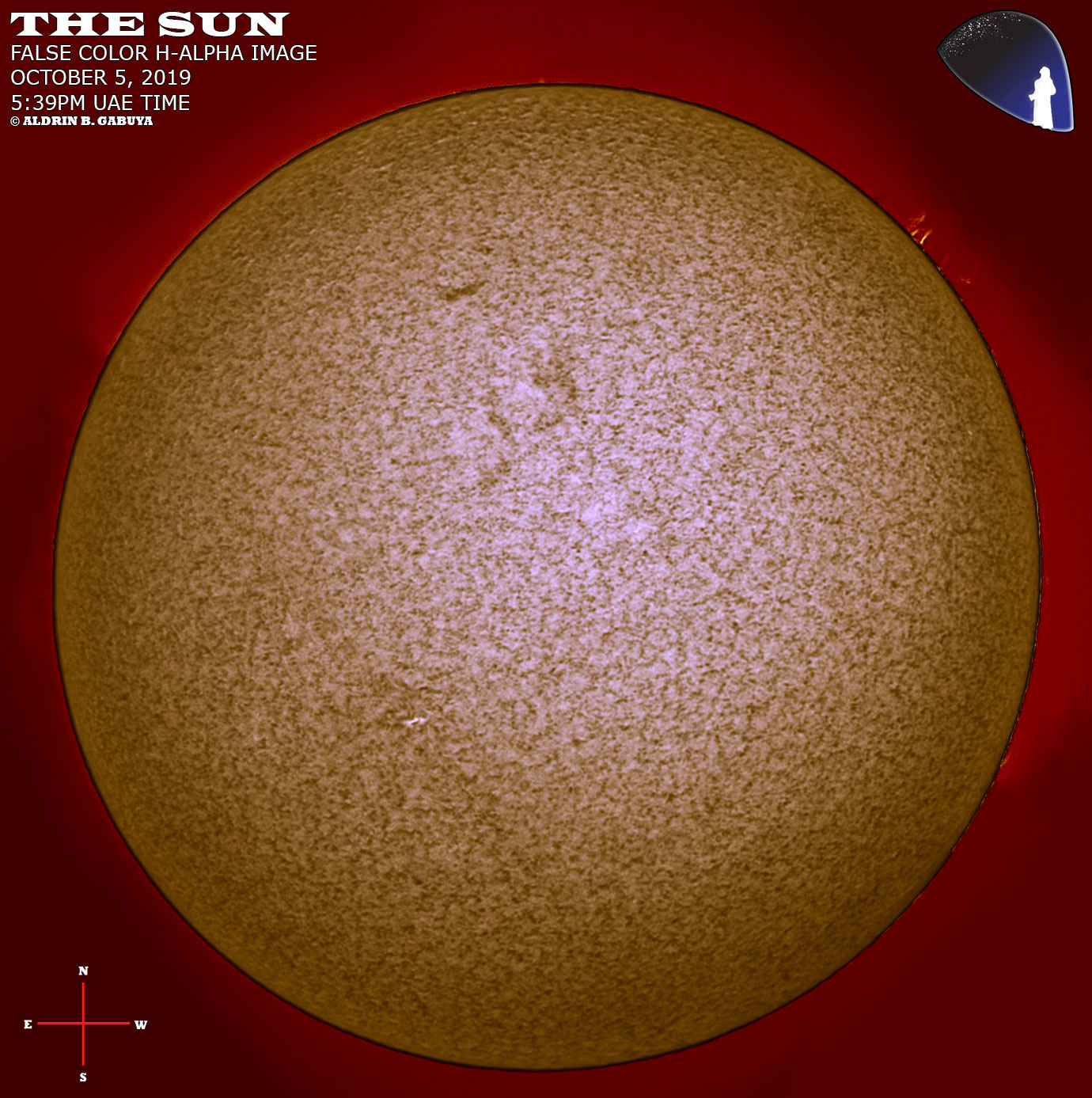 The sky was slightly hazy with moderate breeze which provided average seeing and transparency at the time these images were taken.

Solar activity remains at very low levels over the past 24 hours. No active sunspot regions currently exist on the Sun’s visible disk.  No significant flaring activity was recorded. The latest sunspot number (based on visual count and Wolf number calculation) is 0. Observed solar features were some minor plasma ejections (an elongated filament at the far northern hemisphere and a huge eruptive prominence at the northwestern limb) and the remnant plage of former AR2749 at the southern hemisphere as distinctively captured in H-alpha imagery.