The summer season in the UAE has just started. It will be unpleasantly hot during the day but is expected to have more clear skies at night. Wondering what’s going to be up at the sky for the new month? The following is a list of astronomical events for July 2018. All dates and times were given in UAE Local Time.

The red planet Mars and the bright Waning Gibbous Moon will appear close to each other in the sky on the early morning hours of these days. The two will be separated about 4.7° in the night sky. The close approach will be seen at the east-southeastern horizon from 10:45 PM of June 30 until sunrise of the following day (July 1). Both celestial objects will be situated in the constellation Capricornus (the goat). Mars would look like a fairly bright red-orange “star”.

Moon-Mars Close Approach on July 1, 2018 at around 1 AM (not to scale) (Graphic Courtesy of Stellarium)

The smallest planet in the Solar System, Mercury will appear at its highest point just few moments after sunset.  The maximum extent of angular separation from the Sun as seen from Earth will be at around 13° (in the UAE). This means Mercury can be only seen up to 13° above the western horizon after sunset, from around 7:30 PM until it sets at around 8 PM. Though it is moderately bright, observing it will be quite of a challenge from the fact that Mercury is situated near the Sun in the sky.

Mercury at Greatest Eastern Elongation (about 13° above the eastern horizon) few minutes after sunset on July 12, 2018 (not to scale) (Image Credit: Stellarium)

On this day, the moon will not be visible as it will be situated at the same side of the Earth as the Sun, in the constellation of Cancer (the crab). With no moonlight glaring much of the night sky, this is the best time to observe the deep sky objects throughout the night. It is predicted that the lunar phase will occur on this day. However, the month transition from Shawwal to Dhu l-Kada is expected to take place a day after (July 14) in accordance to the Hijri Calendar 1439.

The Moon and the “evening star” Venus will appear close to each other in the sky on the early evening hours of this day. Sharing about the same right ascension, the close approach will be seen at the western horizon from around 7:45PM, right after sunset, until the two set at about 9:15 PM. These celestial objects will be situated in the known constellation Leo (the lion). The Waxing Crescent Moon will be about 6°northwest of Venus. With an apparent magnitude of -4.12, Venus would look like a well-distinguished brilliant white “star”.

The Moon and the largest planet Jupiter will appear close to each other in the sky throughout the night of this day. It will be seen at its highest point in the southern part of the sky right after sunset (about 7:30 PM) until 12:30 AM of the following day when the Moon sets earlier than Jupiter. These celestial objects will be situated in the faint constellation Libra (the scales). The Waxing Gibbous Moon will be about 6.7°east of Jupiter. Jupiter would look like a bright white “star”.

Moon-Jupiter Close Approach on July 20, 2018 at around 8:45 PM (not to scale) (Graphic Courtesy of Stellarium)

The bright Waning Gibbous Moon and the ringed planet Saturn will appear close to each other in the sky on the early morning hours of these days. The two celestial objects will be separated about 6.3°of each other in the night sky. The close approach will be seen at the east-southeastern horizon right after sunset up to 3:30 AM of July 26. Both celestial objects will be situated in the constellation Sagittarius (the archer). Saturn would look like a yellow-orange “star” respectively. Also spotted to the southwest of the two objects is the red planet Mars and the red super-giant star Antares (in Scorpio) to the east.

Moon-Saturn Conjunction on July 25, 2018 at around 9 PM (not to scale) (Graphic Courtesy of Stellarium)

Situated on the opposite side of the Earth as the Sun, the moon will be fully illuminated (100%) on this day. For selenophiles (people who love the moon), this is the best time to observe all the surface features of this celestial object, including the craters and maria. It will start appearing at around 7PM (at the eastern horizon) as it rises, and can be seen throughout the night until sunrise positioned in the constellation of Sagittarius (the archer). Because of its full illumination during this phase, it will not be a good time for deep-sky observation with the entire moonlight glaring out most of the faint celestial objects.

On the same evening, a total lunar eclipse will be seen in the skies of the UAE. This so-called occurrence of a blood moon happens when the Full Moon is completely obscured by the Earth’s shadow. As clearly depicted in the eclipse diagram, the Earth is situated in between the Sun-Earth-Moon line, blocking the passage of sunlight to be reflected on the Moon’s surface.  The reddish hue of the totally eclipsed Moon is caused the passage of sunlight being filtered by the Earth’s atmosphere wherein the red color is being reflected more than the other colors towards the Moon’s surface. As seen from the visibility map below, the entire total lunar eclipse duration will be visible in the UAE from 9:15 PM up to 3:28 AM of the following day (July 28), wherein the eclipse totality lasts for 1 hour and 43 minutes from 11:30 PM, July 27 to 1:13 AM, July 28.

Lunar Eclipse Diagram. In the moon’s perspective, within the penumbra, the Earth covers a fraction of the Sun’s disk while the umbra, its entirety. Any parts of the Moon’s surface that lie within the Earth’s umbra will appear unilluminated. Image courtesy of F. Sogumo.

By night time of this day, planet Mars will be in opposition. This simply means that the red planet will appear at its brightest as seen from the sky. Mars will be situated directly opposite of the Sun in the sky, which would give it further illumination. With an apparent magnitude of -2.78, it can be seen through the naked eye as bright reddish point of light. Using a telescope, you can see the red planet as a tiny red dot, and as aperture and magnification increases, its surface features like the reddish terra, the darker basins, and the light polar ice caps. The planet will be visible all night round in the constellation of Sagittarius (the archer); right after sunset starting at around 8 PM after the twilight fades; positioned about 5° above the east-southeastern horizon, reaches its highest point around 40° above the southern horizon at midnight of July 28, 2018, until sunrise (around 5:15 AM) when it completely sets. The bright Full Moon will slightly glare out of the reflected light of Mars, except during the time of the total lunar eclipse but it will remain visible.

On the late evening hours of July 29 until sunrise of July 30, 2017, the peak of an average meteor shower known as the Southern Delta Aquariids will take place. It is projected to bring up to 20 meteors per hour. These meteors will seem to radiate from the constellation Aquarius  (the water bearer), but can be witnessed anywhere in the sky. The space debris from the comets Marsden and Kracht entering Earth are the ones responsible for this meteor shower. A must have in observing this astronomical phenomenon is patience; lots of them.

In the UAE and other regions in the Northern Hemisphere, June is the month when the hot summer in the UAE is about to begin. Solar system planets are starting to show up earlier at night. The “morning/evening star” Venus can be seen in the western portion of the sky few moments after sunset. Planet Jupiter and Saturn will be visible right after sunset until about 12 AM and 3:15 AM respectively, while Mars from 8:30 PM until sunrise. The rest, Mercury, Uranus, and Neptune, are barely or not visible in the sky this month because they are placed near the Sun in the sky.

Under clear, moonless, and extremely dark skies, several deep-skies objects such as nebulae, star clusters, and galaxies can be seen through binoculars, cameras with wide-angle or zoom lens and more preferably, bigger telescopes. The prominent ones include the Eagle Nebula, Lagoon Nebula, Trifid Nebula, Butterfly Cluster and the Milky Way Galaxy to be seen at the late evening or early morning hours.

Sunrise occurrences range between 5:33AM and 5:37AM while sunsets shall happen between 7:06PM and as late as 7:15PM.

Have a warm, and enjoyable July, everyone! Clear skies! 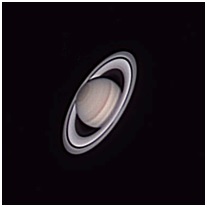