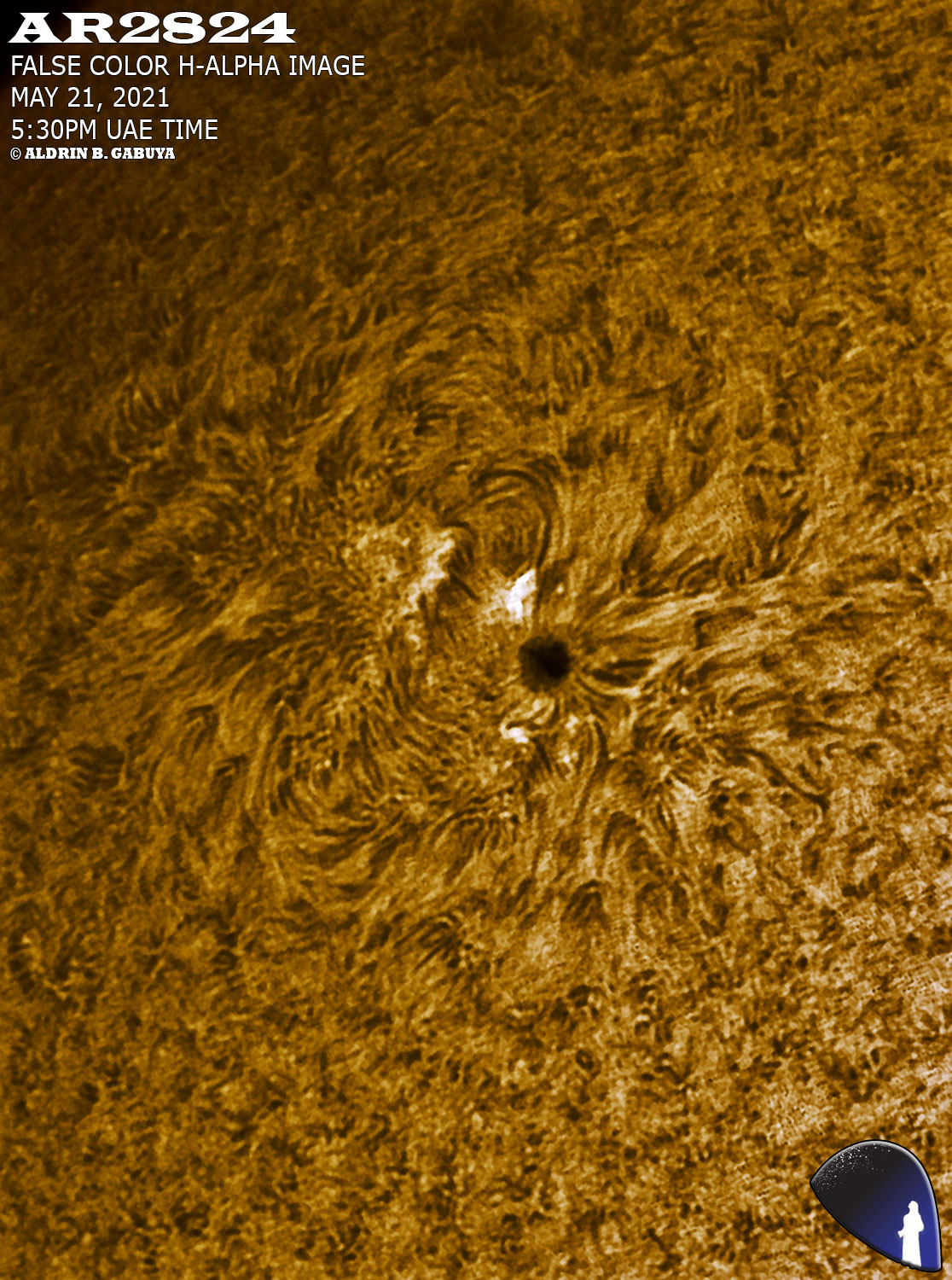 The sky was clear with moderate breeze which provided good transparency but average seeing at the time these images were taken.

Solar activity has remained at very low levels over the past 24 hours. The lone visible sunspot group AR2824 (Modified Zurich/Mcintosh sunspot configuration: Hsx/alpha) exhibited not a significant change in its leader spot while losing some trailer spots and produced only a few minor B-class solar flares throughout the monitoring period. Some of which are from an incoming new active region about to rotate from the NE limb. The latest sunspot number (based on visual count and Wolf number calculation) is 11.

Enhanced plages at the trailer section of AR2824, several small quiescent prominences at the opposite (NW and SE) limbs, and a receding elongated filament past the Sun’s meridian along the northern hemisphere, as well as mound ones at the extreme southern hemisphere and NE quadrant were the other noteworthy solar features distinctively captured in H-alpha imagery.

Space weather agencies* forecast solar activity to be at very low levels with chances of solar flares of B-class to isolated C-class intensity, mainly from AR2824 in the next few days. Close monitoring is being conducted by numerous space weather agencies for any significant development.