The sky was clear with intermittent light to moderate winds which provided good transparency but average seeing at the time these images were taken.

Despite witnessed some signs of gradual decay, AR2740 (Modified Zurich/Mcintosh sunspot configuration: Cao/beta) produced a C.6.7 solar flare early this morning. On the other hand, little to no change in structure was seen in AR2741 (Hsx/alpha) and was quiet. The latest sunspot number (based on visual count and Wolf number calculation) is 25. Other solar features observed were several huge eruptive prominences at the limbs, as well as the well-defined plage and sunspot structure of the respective sunspot groups as distinctively captured in H-alpha imagery.

Space weather agencies* expect continuity of solar flare activity ranging between to B-class to C-class intensity, mainly AR2740 and AR2741. The extent of the frequency and intensity of the Sun’s activity will highly depend on the magnetic flux fluctuations happening in the visible ARs in the coming days. Close monitoring is being conducted by numerous space weather agencies for any significant development. 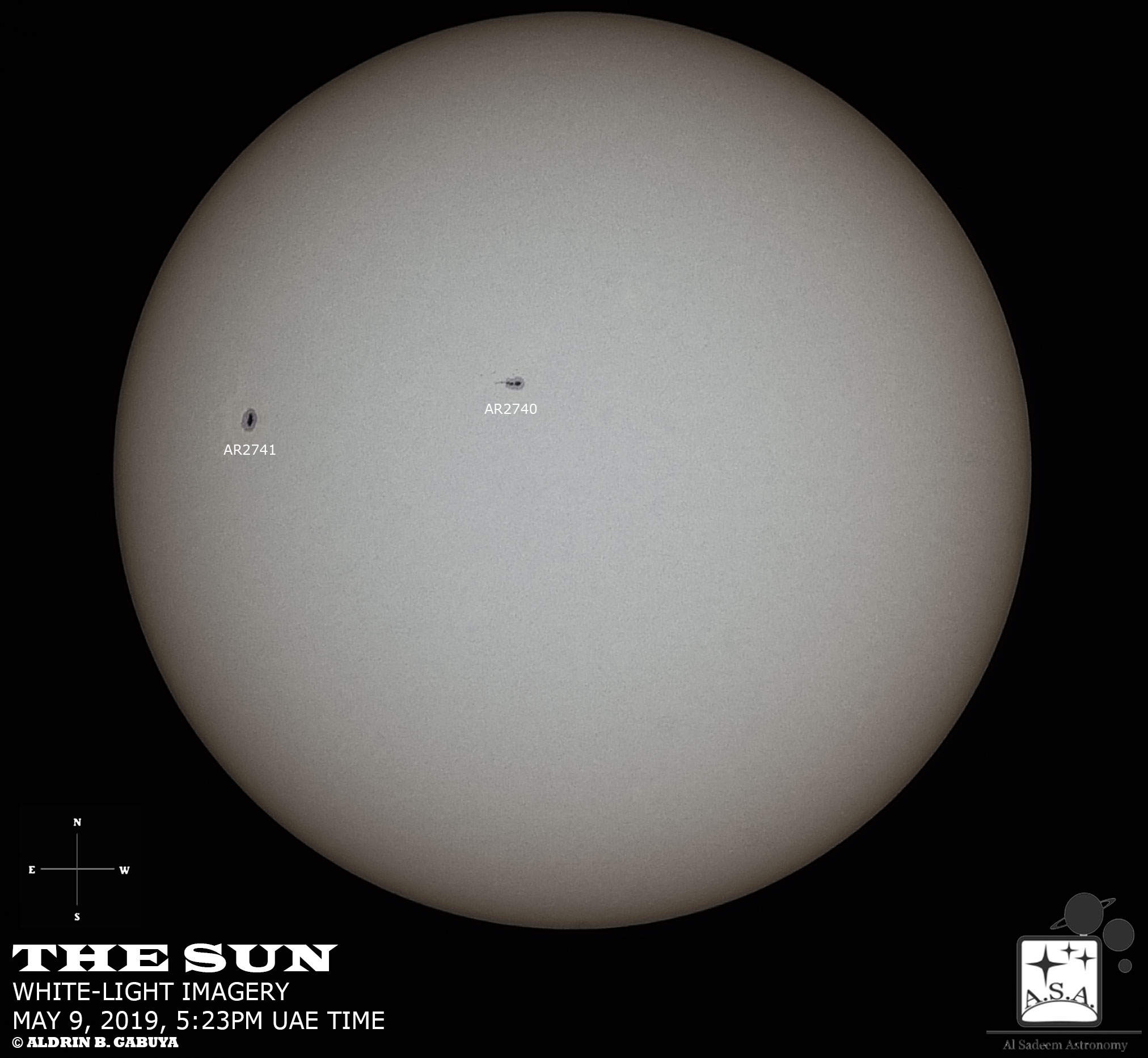 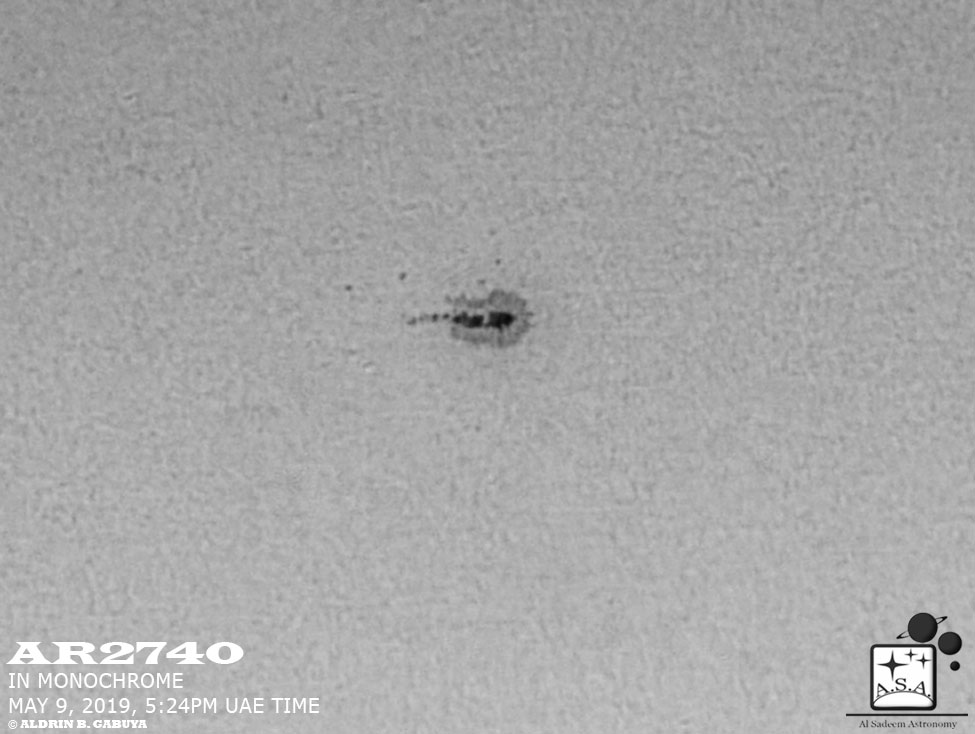 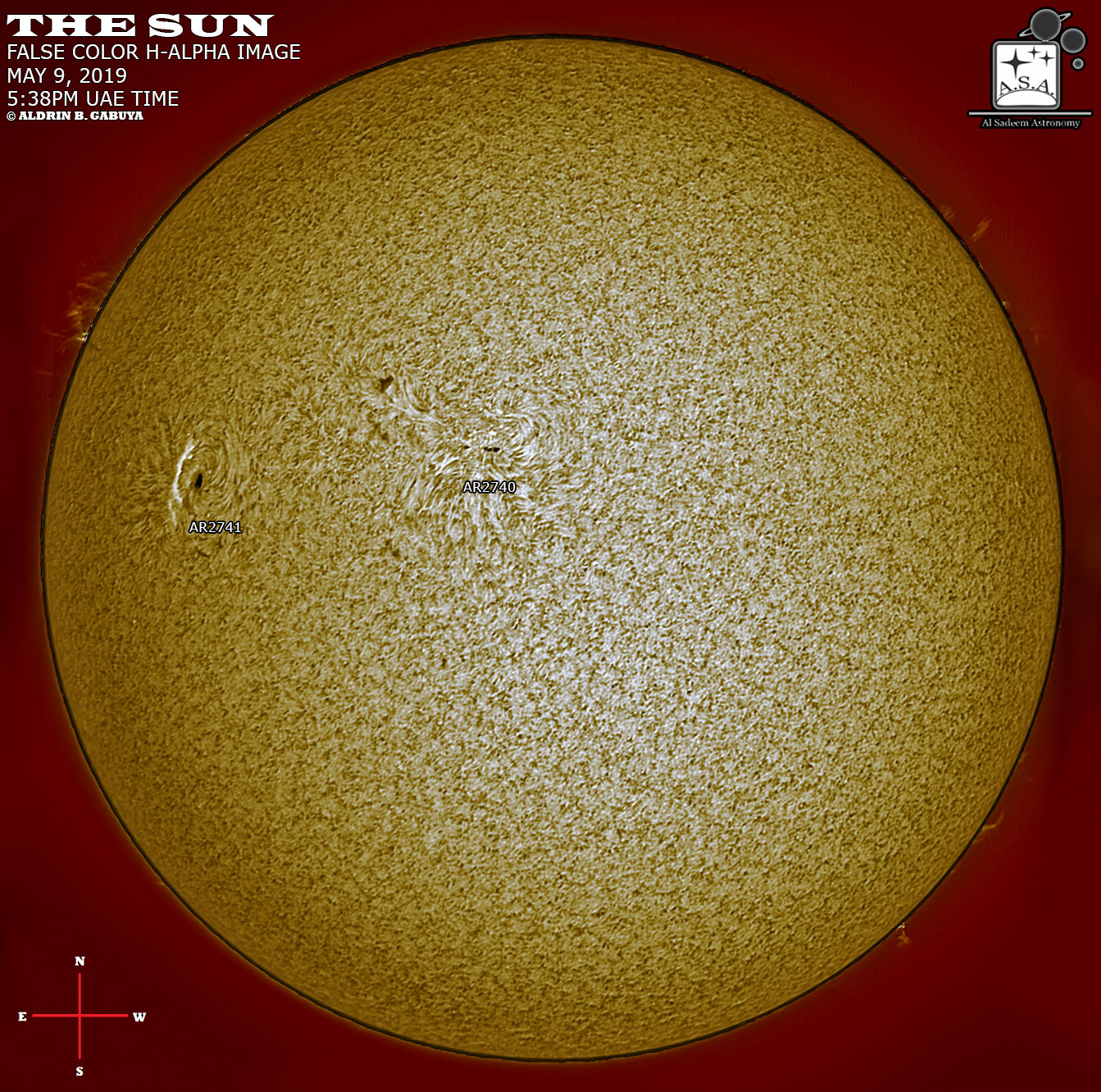 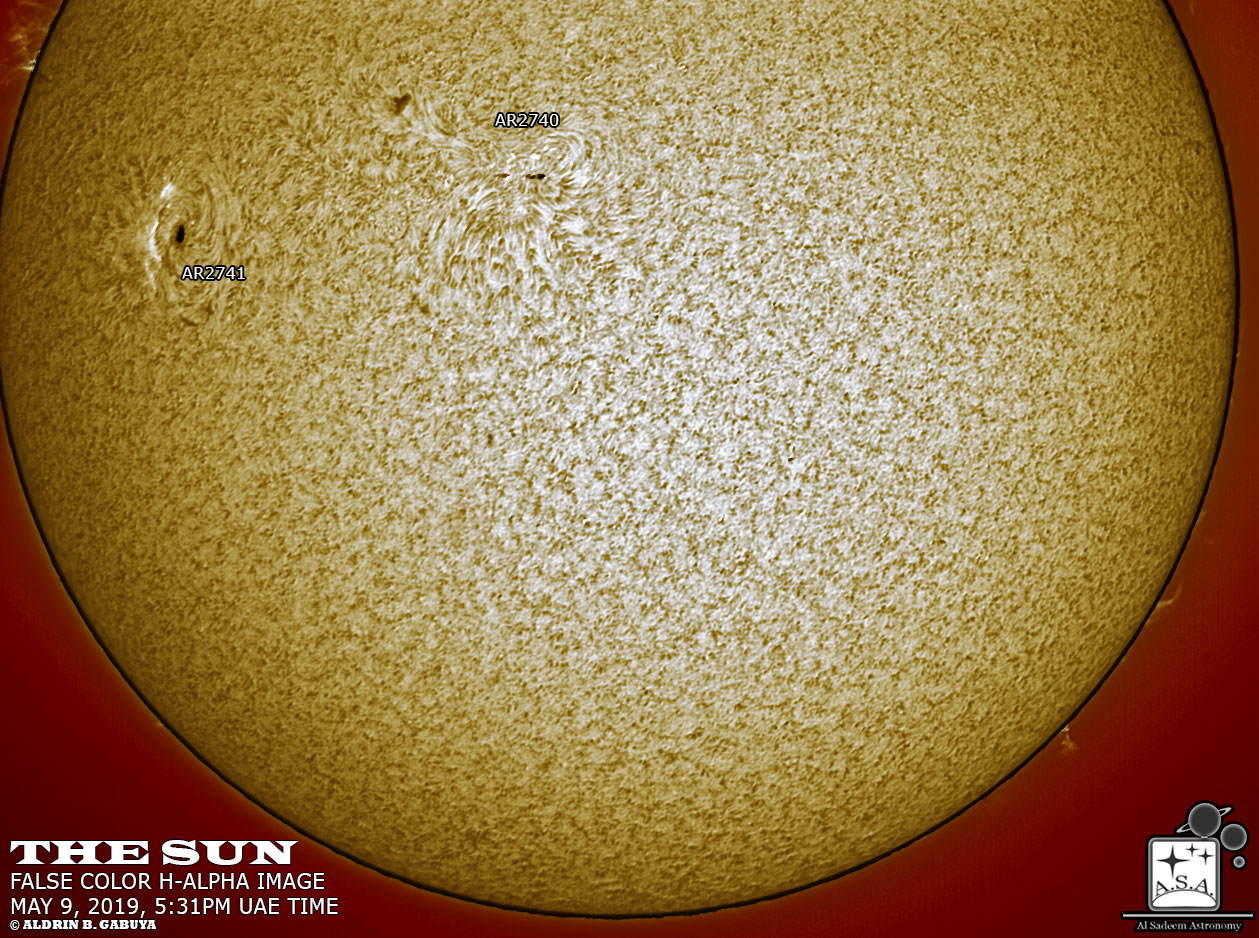