A WEEK OF AN ENERGETIC SUN

Last week was a very interesting week for solar observers and space weather enthusiasts.  In spite its relatively quiet state as it heads towards solar minimum, our parent star, the Sun unleashed its dynamic state. Several active sunspot groups and its associated flaring activity were observed from both ground and space-based observations. Here is an overview of the series of significant solar activity events for the past week.

Active Region (AR) 2673 first appeared on August 29, 2017 as it rotated from the Sun’s eastern limb as single unipolar sunspot and remained as is for 3 days with some weak solar flaring activity; ranging from B-class to C-class intensity. It grew significantly in structure and attained such magnetic complexity from September 3 onwards and produced numerous moderate to strong solar flares, specifically about 20+ M-class and 4 X-class flares, including the X9.3-class solar flare, the largest in the current Solar Cycle 24. This X9.3 class solar flare with its accompanying coronal mass ejection (CME) affected Earth 1-2 days later through geomagnetic and radiation storms causing multiple briefly intense radio blackouts, navigation, and satellite communication disruptions, as well as bright aurora seen from the polar regions and reached as low as near mid-latitudes. Before it completely departs from Earth-view partially situated at the Sun’s western limb, AR2673 emitted another powerful X8.2 flare and an associated CME which was expected to affect Earth around this moment (September 12-13 period); though not as intense compared to the September 6 solar flare event because it was not Earth-directed. 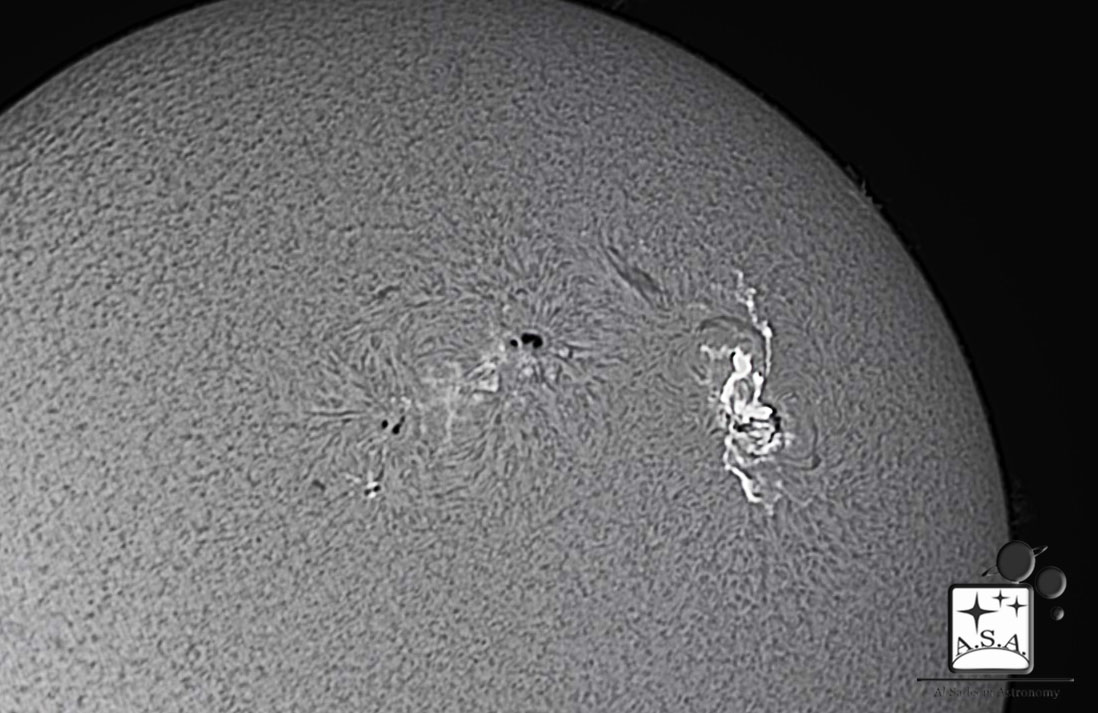 AR2674, another large sunspot group first appeared on August 30, 2017. It developed extensively in structure as well over the course in time but it was not as dynamic as AR2673; only generated several C-class to M-class flares and then became inactive. Multiple small active regions also emerged in the Sun but recorded few solar activity associated with them.

With the recent departure of all these active regions, we can expect gradual tranquil in solar and geomagnetic activity this week.

What’s going on? The Sun is currently heading towards Solar Minimum, the portion of the solar cycle when minimal solar activity is observed. This means the Sun’s magnetic poles are switching places. Like the Earth and the other planets in the Solar System, the Sun has a dipole (two poles) magnetic field generated by its core but very complex in structure with many magnetic field lines surrounding it. This dipole magnetic field flips every approximately 11 years wherein the north and south poles reverse orientation. Together with the effect of differential rotation (equatorial regions rotate faster than in the poles), the magnetic field lines get stretched and twisted where some get entangled and snap eventually. This sudden snap generates a great release of energy and energetic particles to space through powerful eruptions known as solar flares and CMEs. The locations of these solar activities can be determined through the dark patches seen on the Sun’s light surface (photosphere) called sunspots in white-light images and through plages (white patches) and prominences (loop shapes seen at the limbs) on H-alpha and other spectra.

Al Sadeem Astronomy (ASA) Observatory captures and shares several images of the Sun daily to monitor and record such changes in the Sun’s activity, such as the sunspot count and solar flaring activity. Below are simulations of the Sun’s rotation featuring the upper mentioned active sunspot regions in both visible and H-alpha spectra taken from the observatory from August 28 to September 10, 2017.