The sky was generally clear with intermittent moderate breeze which provided good transparency but average seeing at the time these images were taken.

AR2769 (Modified Zurich/Mcintosh sunspot configuration: Axx/alpha) has decayed in spot structure, barely visible in white-light imagery, and was generally inactive.  On the other hand, the recently designated sunspot group AR2770 revealed to have a bipolar magnetic configuration resembling Solar Cycle 25 (Hso/beta) as it rotated further to Earth-view and has been producing few minor B-class flares over the past 24 hours. The latest sunspot number (based on visual count and Wolf number calculation) is 23. With this continuous emergence of these reversely polarized sunspot groups, we can say that we have actively transitioned to Solar Cycle 25.

The remnant enhanced plages associated with the former AR2768, as well as ones from AR2769 and AR2770, alongside some a moderately huge eruptive prominence at the northeastern limb. and few elongated stable filaments at the opposite hemispheres were distinctively captured in H-alpha imagery.

Space weather agencies* forecast solar activity to be at low levels with chances of weak X-ray fluxes or flares up to B-class (possibly up to C-class) intensity mainly from AR2770. Close monitoring is being conducted by numerous space weather agencies for any significant development. 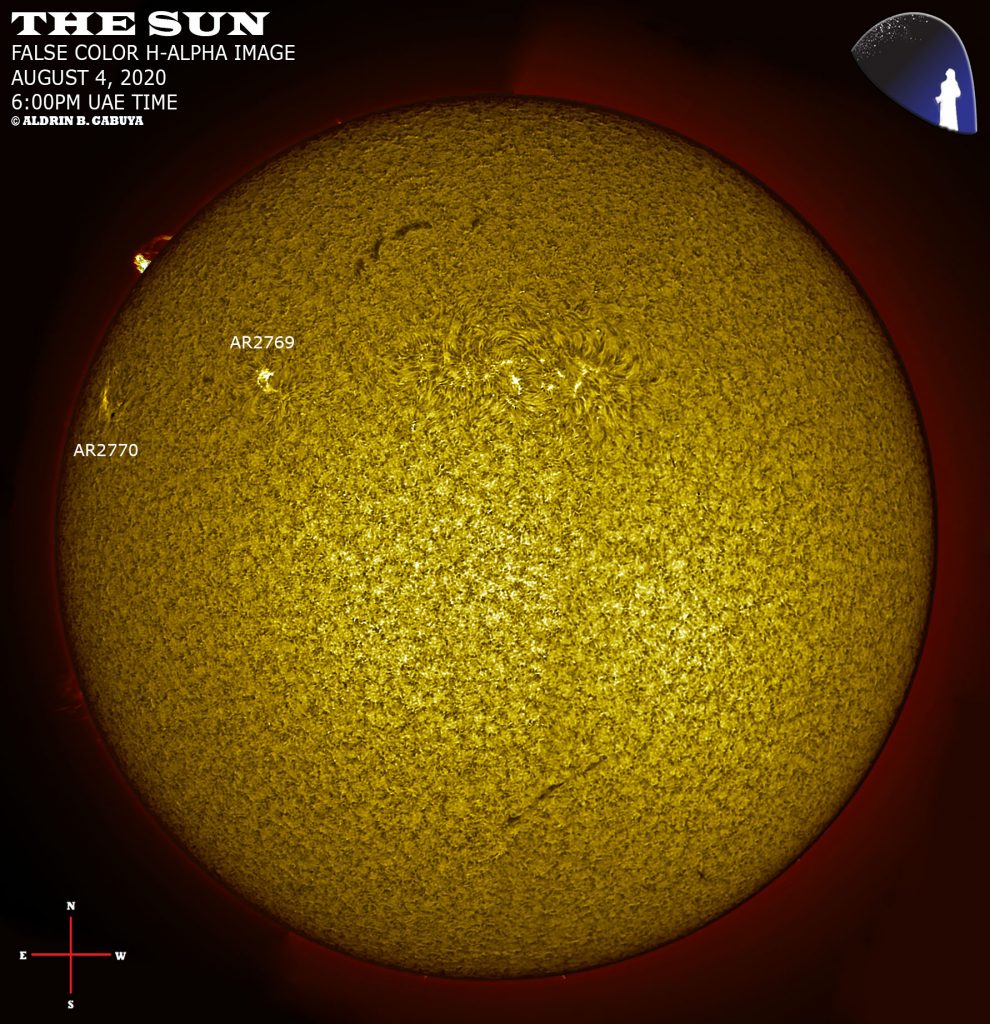