The sky was mostly clear with light to moderate breeze which provided good transparency but average seeing at the time these images were taken.

There are 6 small sunspot groups currently visible on the Sun’s disk. To start, the largest among them AR2863 (Cao/beta) exhibited slight umbral growth of its leader spot and gradual disintegration of its trailer spots while producing several B-class solar flares over the past 24 hours. The other recently emerged and designated sunspot groups AR2864 (Dao/beta), AR2865 (Bxo/beta), AR2866 (Bxo/beta), AR2867 (Axx/alpha) all exhibit relatively simple and stable magnetic configurations, and are relatively inactive. Another forming small bipolar active region (Bxo/beta) beside AR2866 has yet to be designated at this moment (pre-AR2868). The latest sunspot number (based on visual count and Wolf number calculation) is 78.

Small enhanced plages associated with the upper mentioned sunspot groups, some short stable filaments across the Sun’s disk, and several huge eruptive prominences particularly at the NE, SW, and SW limbs were the other solar features distinctively captured in H-alpha imagery. 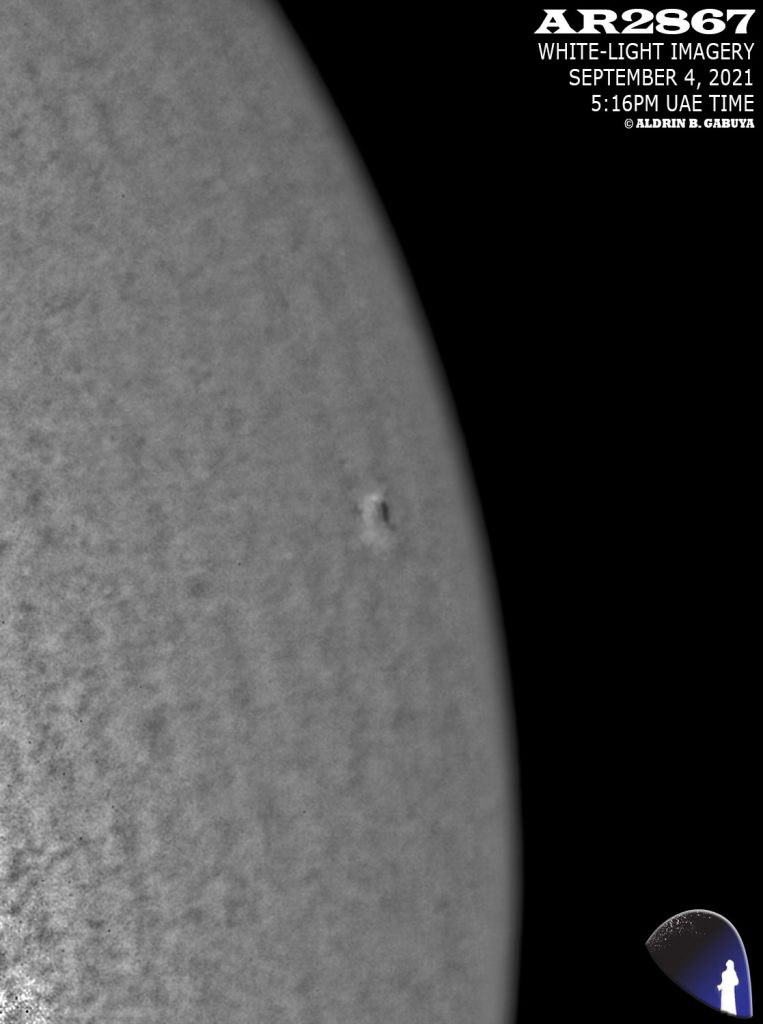