The sky was generally partly cloudy with moderate to fresh breeze which provided average transparency and seeing at the time these images were taken.

Several sunspot groups are visible in the Sun’s disk with fluctuating intensity of solar activity was observed over the past few days.

AR2842 (Dso/beta) exhibited further growth in sunspot structure, attained a more complex magnetic configuration, and was the main source of mostly weak B-class solar flares over the past 24 hours. Meanwhile, the far-SE sunspot group AR2844 (Axx/alpha) and AR2845 (Bxo/beta) are both in a state of decay and were generally inactive. Two small sunspot groups were seen showing up at the Sun’s NE quadrant (encircled), including the bipolar active region (former AR2838) which produced an X-class solar flare 2 weeks ago. The latest sunspot number (based on visual count and Wolf number calculation) is 47.

Other noteworthy solar features observed were the enhanced plages of the upper-mentioned sunspot groups, short stable filaments across the Sun’s disk, and small quiescent prominences mainly at the NE limb, as distinctively captured in H-alpha imagery. 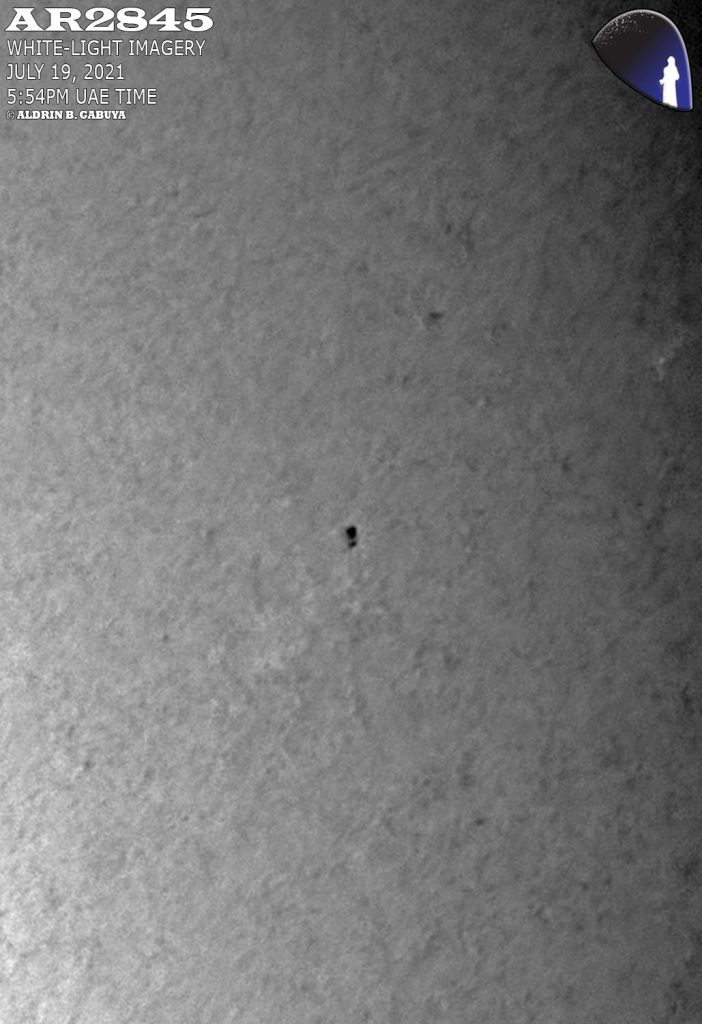