The sky was generally clear with moderate breeze which provided good transparency but average seeing at the time these images were taken.

Solar activity is at very low levels over the past 24 hours. AR2827 (Hso/beta) exhibited some decay of its intermediate and trailer spots while AR2829 (Cao/beta) possesses slight growth of leader and trailer spots. Only a few B-class solar enhancements were recorded by space weather agencies throughout the monitoring period. The other small bipolar region of pores to the NW of AR2827 (encircled) is struggling to develop its structure to be designated at this time. The latest sunspot number (based on visual count and Wolf number calculation) is 30.

Enhanced plages associated with the upper-mentioned sunspot groups and few other tiny ones mostly at the SW quadrant, few short stable filaments near the active regions, and some small quiescent prominences at the opposite (NE and SW) limbs, were the other noteworthy solar features distinctively captured in H-alpha imagery.

Space weather agencies* forecast solar activity to remain at very low levels with chances of solar flares of mostly B-class to C-class intensity in the next few days, from both AR2827 and AR2829. Close monitoring is being conducted by numerous space weather agencies for any significant development. 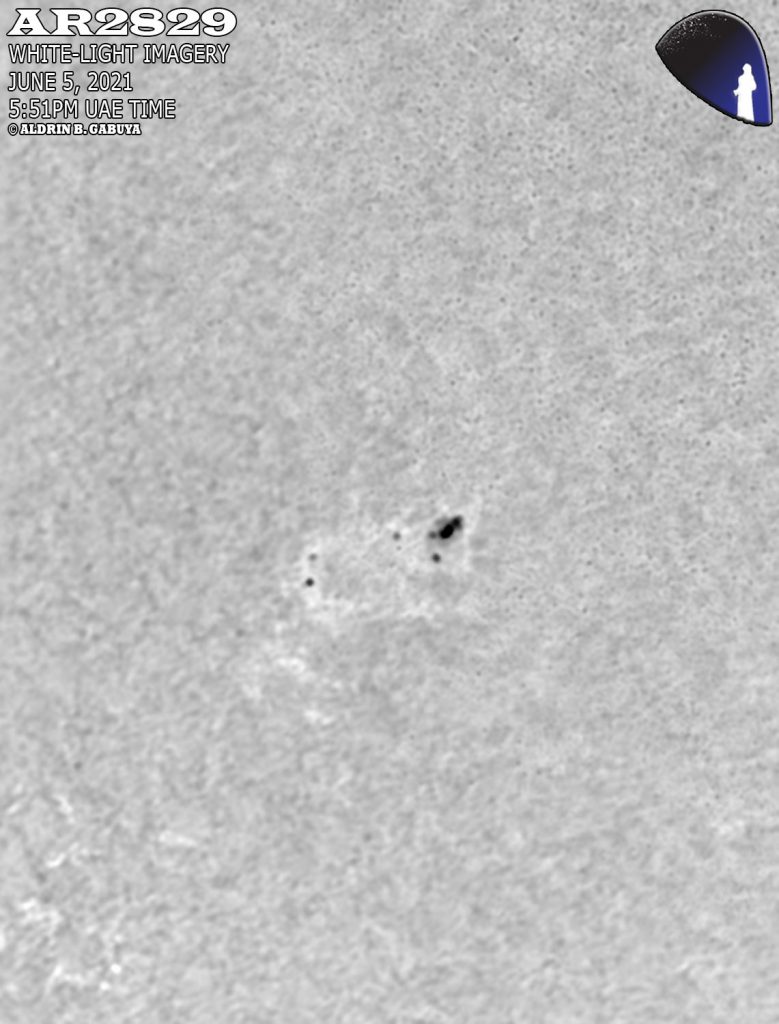